Thanks for Another Wonderful Year

To our customers, and employee and vendors partners, who made 2021 a great success – We thank you. It is because of you that 2021 was a great year for Time Data Systems. We could never have overcome the challenges of the past year without your invaluable contributions and support.

For these things and more, we are grateful. We look forward to a year of improvement, learning, and accomplishments. 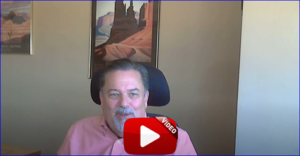 Thank you for taking a moment to check out our first newsletter of 2022. Time Data Systems wishes you and your family health and success for the year ahead.

The IrisTime™ iT100 offers cutting-edge technology for your human capital management needs. The terminal combines ease of time punching with biometrics that work even if your employees are wearing a cloth mask or personal protective equipment (PPE). Staff members can use the touch screen or the iris and facial recognition to clock in and clock out.

The iT100 allows for many other functions and has numerous security features. Please see the attached flyer to learn about them all, and contact Time Data Systems today for more information. 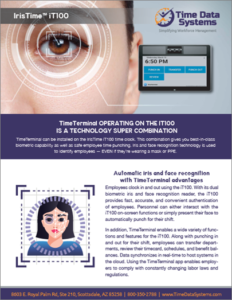 State Minimum Wage Increase Trends To Be Aware Of

The “Fight for $15” movement began in 2015, and since then, just one state has mandated a $15 per hour minimum wage, but almost every other state has had at least one increase, and some municipalities have set their own lowest legal hourly pay. One of our previous newsletter articles discussed ways businesses could alleviate some of the biggest concerns associated with paying higher hourly wages, and there’s no time like the present for you to review them, as Arizona and half of the other states in the union “got a raise” in 2022 – some January 1st, some later in the year. 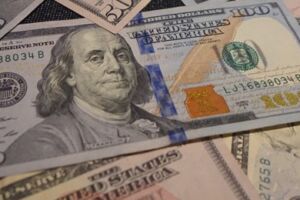 Twenty-one states put the new minimum wage in action New Year’s Day, along with 35 counties and cities around the country. By the end of 2022, a total of 81 state and local jurisdictions will do so.

Fight for $15 is a Farce, Federally Speaking

The federal minimum wage has not been increased in over a decade, and seeing as our elected officials working in their District of Columbia offices can’t seem to cooperate to get it done, individual states are taking the matter into their own hands. So far, only California has set its minimum wage at $15 per hour, but several other states will reach that amount over the next few years, either through indexing or previous legislation.

Clearly, these 9 states have decided to pay its workers what the organized “Fight for $15” movement has publicly advocated for since 2015. Even though it’s taken some time, this is definitely an accomplishment, considering how much the striking workers were disparaged for wanting the hourly rate they did, and belittled for not understanding the impact getting it might have on employers.

For the 5th year in a row, the state of our headquarters, Arizona, has increased the minimum wage. 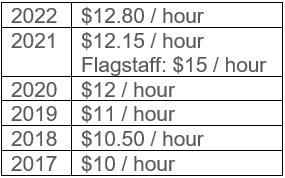 Over the past couple of years, AZ businesses in the hospitality and retail industries especially, as well as other organizations that usually pay their workers the minimum wage, have been experiencing difficulty finding adequate staff. In an attempt to attract more employees, in mid-2020, they began paying even entry level positions much higher than the state’s mandated hourly rate.

Better.com CEO Better Not Use Zoom That Way Again

“Hi everyone… uhm… Thank you for joining.…. uuuuuhhmm….. I come to you with not great news.” The most cringey Zoom – since a newscaster forgot to wear long pants and someone else didn’t realize the camera was on yet – started thusly. Even just Better.com CEO Vishal Garg’s demeanor and casual, unprofessional-considering-the-occasion attire, “desk”, and accessories around him were already uncomfortable enough to make anyone who saw the video uneasy, whether they were on the December 6th video call or not. In fact, 900 employees of the mortgage lender startup company were there, and the news that would soon follow was bad enough, but the delivery of it was far worse. 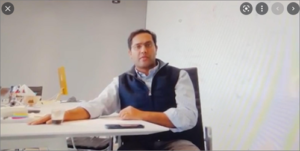 Bosses should absolutely show both sympathy and empathy in this situation, but not make such awful, shocking news about themselves. Unfortunately, Garg didn’t get this memo, and we all got to see him lament – in this unprofessional-in-every-way presentation of sorts – “This is the 2nd time in my career I’m doing this, and I do not, do not, want to do this. The last time I did it I cried. This time I hope to be stronger,” he went on to say, with literally no emotion whatsoever. We’d bet that collectively 900 people screamed in their heads either “JUST TELL US!!!” or “OH!! YOU CRIED?! REALLY, DUDE… I’M PROBABLY LOSING MY JOB AND YOU’RE GOING TO TRY NOT TO CRY?!” because they could probably already tell what was coming.

“If you’re on this call, you are part of the unlucky group being laid off. Your employment here is terminated effective immediately.” Conveying terrible, unexpected news that these 900 workers are now without an income, delivered in a massively public way that can be recorded and shared with about 5 mouse clicks or screen taps – which it most certainly was – is not the way to go. We wonder what the odds are that just 1 out of 900 people would think to record it, but even without the chances calculated, common sense dictates that it would be very likely to happen. As almost anyone could guess, the Zoom recording was put on social media and went viral shortly thereafter.

The speed and ferocity of the backlash was so intense that just 3 days after the call, the CEO issued an apology; and 2 days after he apologized, it was announced that the board asked him to take some time off immediately, and would be initiating a review of the leadership and culture of the company. Oddly enough, that news was delivered via email (as far as we know), but we really hope that the board of directors learned a valuable lesson from the Zoom debacle and actually called to speak with him personally as well.

In another example of Garg being no stranger to controversy, he sent a rather weird email to employees that Forbes obtained and published in 2020. It reads: “HELLO — WAKE UP BETTER TEAM. You are TOO DAMN SLOW. You are a bunch of DUMB DOLPHINS and…DUMB DOLPHINS get caught in nets and eaten by sharks. SO STOP IT. STOP IT. STOP IT RIGHT NOW. YOU ARE EMBARRASSING ME.” We don’t know how you feel about it, but the first all-caps “stop it” would get the point across, so certainly the 2nd one was unnecessary and the 3rd one was downright ridiculous. Besides, dolphins are beloved sea-going mammals and actually quite smart, being able to learn very quickly, and have shown scientists they have self-awareness and empathy, as well as demonstrated their problem-solving and teaching skills. Garg has also been known to have outbursts and made some employees feel forced to quit. His unprofessional behavior is most definitely not limited to awkward Zoom calls, and his dolphin reference to insult his employees blew back on himself in a major way.

Vishal Garg is a self-professed “serial entrepreneur”. What’s kind of perplexing is that after the mass layoff Zoom call went public, it was revealed that an investment of $750 million was infused into Better.com the week prior, $7.7 billion was the valuation just 7 months earlier when it planned to go public after a merger with Aurora Acquisition Corp, and the company was financially backed by the Japanese banking giant, SoftBank. Does anybody else wish they were a fly on those corporate walls to understand how things went from looking so rosy to laying off 10-15% of the organization’s workforce in such a short time? Perhaps “serial” had something to do with it, and the “entrepreneur” in charge was desiring to move on to the next shiny business object.

Whatever happened, what we know for sure is that 900 people lost their job in a way that can be compared to breaking up with a significant other by text. Yuck – so insulting and disrespectful. You may have noticed that we used the word “unprofessional” a few times in this article too. Yes, it was a massive job to let 900 people know they were immediately out of a job, but clearly, the wrong way to go about it is the way Vishal Garg, CEO of Better.com, went about it.

Pay On Demand: Rewiring How America Gets Paid